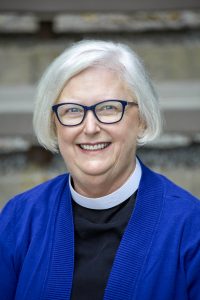 She can be contacted at libby_wade@yahoo.com or 270-519-6934.  Following is a brief introduction from Libby.

My husband Jim and I moved to South Lee, Massachusetts following my retirement after serving for 9+ years as Rector of Grace Church in Paducah, Kentucky.  Jim had retired several years earlier from his career as a chemical engineer.  We picked the Berkshires as a retirement home after attending a wedding in a charmingly cool outdoor setting in Egremont one August (when the weather is miserably hot and humid in Kentucky).  Discovering that this area is almost equidistant between our sons and their families, who live in Melrose, Massachusetts and Maplewood, New Jersey added to the cultural and natural appeal of the Berkshires.  After buying our house in South Lee in 2012, we spent as much vacation time here as possible and became full-time residents in June 2014.   In 2012, we had a two-year-old granddaughter in Maplewood and were so thankful to live closer to her.  Now we have 10-year-old and 4-year-old granddaughters in Maplewood and an 8-month-old grandson in Melrose.  Our plan worked, for our grandchildren make our lives so much richer!

Though I knew I wanted to continue in some role as a priest in retirement, I naively expected the first year of retirement to be an extended vacation.  God was laughing, I’m sure.  In August 2014, only two months into retirement, I met Kathy Clausen at a Guthrie Center dinner program sponsored by Grace Church.  Grace Church was eagerly awaiting the arrival of your new Rector, the Rev. Dr. Janet Zimmerman, and Kathy needed a supply priest for two Sundays to bridge the gap between Interim and Rector.  Someone told her I was a priest and Kathy took a chance on this stranger from the south, for which I am grateful. My first Sunday leading worship after retirement was at Grace Church.  Hearing the story of how St. James and St. George’s became Grace was fascinating, and I certainly admired how you were reaching out to the community through Gideon’s Garden and the Lee Food Pantry.   Over the next several years, I occasionally filled in for Janet and always felt at home and welcomed by the Grace congregation.  Now we’ve come full circle, as Janet retires from Grace and I take on the role of Interim Rector for the time of transition!  I look forward to learning more of your individual and collective stories.  Along the way, you’ll hear more of my story, also, but here are a few of the highlights.

I discerned a strong call to ordained ministry as a young teenager in South Alabama in the 1960s, but ordination wasn’t a possibility for Southern Baptist women.  A few years later, as an undergraduate majoring in music and English at a small Methodist college and later as a graduate student in English at Auburn University, I was drawn to the Episcopal Church, through music and 17th Century literature.  Marrying Jim (a “cradle” Episcopalian) in 1971 and moving to Minot AFB, North Dakota where there weren’t any Southern Baptist churches, gave me an opportunity to really get to know the Episcopal Church and to embrace its theology and worship. I was Confirmed during our years there.  After Jim left the Air Force, his work took us to Florida, Texas, Mississippi, Georgia, and Kentucky.  In addition to raising two sons, I always worked as a lay professional in the church, most often serving as either organist or Christian Formation Director.  In one congregation, I helped found a preschool and served as teacher/director.  In another, Jim and I were youth ministers.  There were also secular jobs along the way, such as college instructor, insurance salesperson (I was terrible at that job!), music teacher, assistant director of a crisis hotline, and social work case manager.  All were fulfilling, but none completely satisfied that call I’d experienced as a teen, a call that continued to resurface through the years.  During the 15 years we lived in Louisville, Kentucky, I was finally able to accept God’s persistent call and enter the process for ordination.  After spending two fruitful years at Louisville Presbyterian Theological Seminary, I transferred to The General Seminary in New York City and graduated with an MDiv in 1998.  I was ordained deacon that year, then priest in January 1999.

As priest, I served three congregations in Louisville, including a suburban parish and the Cathedral as Assistant Rector and spent an amazingly fulfilling five years as Rector of an inner-city historically African-American parish.  My first experience as an Interim Rector came in the suburban congregation after the Rector was dismissed for misconduct.  I’d been a priest all of four months and the learning curve was steep, but it gave me good experience in a difficult crisis situation.   Serving as Rector of an inner-city congregation was also an enlightening growth experience.  God might have laughed once again when this 53-year-old white woman from Alabama found herself guiding one of the largest youth groups in the diocese!  Many friendships still endure from that time.  In 2005, we moved to Paducah (a small city in western Kentucky) where I was the first female Rector of Grace Church, a 500 member “pillar” church in the downtown historical area.  Ministry there was fulfilling in very different ways from the inner-city experience. Expanding family ministry and nurturing collaborative ecumenical relationships involving community outreach and education were the hallmark of those years.

In retirement, Interim Ministry has been my primary way of exercising priesthood.  My credentials include study with the Interim Ministry Network and the Clergy Leadership Institute (Appreciative Inquiry Transition Ministry).  Since 2015, I’ve served as Interim Rector of St. Paul’s in Stockbridge, St. John’s in Williamstown, and Southwick Community Episcopal Church – three very different congregations.  In addition, I’ve provided extended supply work during transition times for All Saints in North Adams and St. Andrew’s in Turners Fall.

Most recently, I filled in for six weeks this spring at St. John’s in Williamstown during the Rev. Nathaniel Anderson’s paternity leave.  Those weeks fell during the first months of switching to virtual worship because of the pandemic.  I’m still learning how to navigate the various new communication media and wondering how the Church will look when the COVID-19 danger ends (or at least is under control). What have we learned?  How will we adapt?  What good ideas and ways of being can we take into the future?  What do we need to leave behind?  How do we find God in the midst of anxiety?  How do we lament our losses and celebrate the positives?  How do we claim hope and set aside despair?  These are only a few of the questions I hope we can explore together over the next months as this faith community defines its present identity and looks toward its future as participants in the vast beloved community of God’s creation.

Since moving to the Berkshires, I’ve gotten to know both Francie Hills and Janet Zimmerman as clergy colleagues.  Grace Church has been truly blessed by the ministries of these two amazing and faithful servants of God.  I am blessed to be following Janet, knowing how much she loves each of you and how much time and energy she has invested in growing and deepening Grace Church’s ministry and fellowship.  I’ve also gotten to know many of the outstanding lay leaders of Grace through deanery and diocesan activities.  Now I look forward to working with the Rev. Jen Bloesch and all the staff, vestry, and congregation of Grace Church.  Our God, who both cries and laughs with us, has gifted you in so many ways and now calls you into a challenging, yet hopeful future.  Thank you for asking me to join you for this transition time.  I pray for Grace Church each day and ask that you do the same for both myself and your retiring rector, as we take on our new roles. 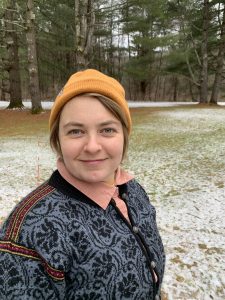 Annalise began farming in 2012 and her journey led her to pioneer no-till techniques with Astarte Farm in Hadley, MA. She managed Astarte Farm for five years expanding production, incorporating a greater variety of plants, renovating the structures and practices of the farm to increase sales to the local market. Now she is joining the Gideon’s Garden team, looking forward to maximizing yield from the Gideon’s Garden project. She wants the Garden’s contributions to help those who are experiencing food insecurity through Southern Berkshire county. 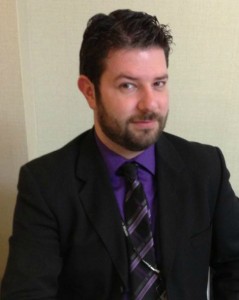 Chris Clark is the Director of Vocal Music for the Southern Berkshire Regional School District in Sheffield, Massachusetts, teaching music to grades 3-12 with 9 distinct choral ensembles. SBRSD has been designated a “Best Community for Music Education” by the NAMM foundation for the last 5 years, and frequently participates in international educational exchanges through the World Education Alliance, with students traveling to China, Germany, and Hong Kong. SBRSD music students frequently perform at State and Regional Honor Ensembles, with 65% of graduates participating in musical ensembles after graduation from high school. In addition to his teaching, Mr. Clark is also the Music Director at Grace Church in Great Barrington, Massachusetts.

Mr. Clark, a 2019 Berkshire County “40 Under 40” is a PhD Candidate in Music Education at the Hartt School of Music in Hartford, Connecticut. His research interests include the use of improvisation in the choral classroom, social justice, and how the religiosity of a teacher overtly or discreetly influences instruction. Mr. Clark’s article on James MacMillan’s Cantos Sagrados was recently published in the American Choral Directors Association publication The Choral Journal. He is a frequent honor choir conductor and presenter at state and regional music education conferences.

Gretchen serves as the Office Administrator for Grace Church. She oversees the day-to-day happenings of the office from managing voicemail and email to preparing weekly materials for worship services, managing accounts payables and supporting our Interim Rector, officers and volunteers in their ministry.

After completing a 3-month temporary position with Grace, Gretchen joined our support staff on a permanent basis in February of 2020.

A native of Iowa, Gretchen has made the Berkshires her home over the last 24 years with her husband, Jeff, and their three teenage children, Jamison, Ethan, and Jocelyn. An animal lover at heart her family has adopted 3 cats and 2 dogs and continues to foster feral kittens as needed. Gretchen also works for St. Paul’s (Stockbridge) and St. Helena’s (Lenox) and is a member of Zion Lutheran Church in Pittsfield.

Gretchen may be reached by voicemail at 413-644-0022 or by email, office@graceberkshires.org.